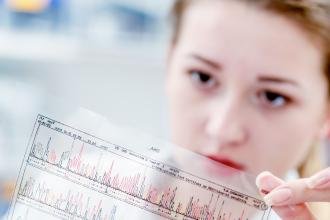 A report published by the US Department of Justice in 2018 noted there were a total of 393,980 known sexual assault cases in 2017 – a 32% increase from the previous year. As reported sexual assault cases continue to rise in the United States, law enforcement faces the increasingly difficult job of apprehending these assailants. Convicting these suspects typically requires DNA evidence, making the methodology forensic biologists utilize even more crucial.

Rudimentary DNA science begins with biological sex chromosomes that appear in two separate types, X and Y, and form 23 pairings in every cell. Only males can possess a Y chromosome, making them widely used in forensic DNA analysis for sexual assault cases.

DNA scientists conduct two kinds of DNA profiling for Y chromosomes: autosomal short tandem repeat markers (STRs) and Y chromosome short tandem repeat markers (Y-STRs). Autosomal DNA profiling proves useful when there is a known suspect. In contrast, Y-STR has the ability to detect the paternal lineage of a sample, placing the male DNA contribution into a grouping of both close and distant relatives Research published in Human Genetics explains that Y-STR profiling applied in crime scene investigation can do four key things for investigators:

In the field, commercial Y-STR kits assist forensic biologists detect and characterize DNA from males in mixed stains with DNA from females. The Forensic Biology team at NMS Labs recently conducted a validation study for one of those systems, the PowerPlex® Y23 System using the Applied Biosystems 3500 platform. Using mixture samples typically encountered in casework, their findings discovered that evidence with excess female DNA at or above 7.6 μg has the potential to inhibit or render no results from the male Y chromosomal sample if there is a smaller ratio between the male and female DNA quantities or produce artifacts. Their work, entitled Experimental Study: The effects of excessive female DNA in sexual assault samples amplified using PowerPlex® Y23 System was recently on display during a poster session at the 30th  International Symposium on Human Identification in Palm Springs, California.

To better understand the results of the validation study for law enforcement agents, NMS Labs interviewed Danielle Jardel, the Forensic Biology Team Leader. She has a BS in Forensic Science with a concentration in Molecular Biology from the Pennsylvania State University.  She has worked in the field of Forensic Biology for seven years. Her specialties in the field of Forensic Biology include Case Management, Evidence Examination for Biological Material, DNA Analysis Techniques (including DNA Extraction, DNA Quantitation (Real Time PCR), DNA Amplification, STR Analysis), and writing and review of case reports.

Can you explain the original research questions when your team began the project?

Validation studies are conducted to evaluate specific instrumentation, kit chemistries and software platforms to determine the efficacy and reliability for forensic casework.   The purpose of the NMS Labs internal validation was to demonstrate that the established methods and procedures performed as expected in the laboratory and included an Assessment of Non-Allelic Peaks.  The Non-Allelic Study identifies the artifacts and anomalies present in molecular biology systems.  This particular study focused on the female cross-reactivity products that occur with the Y23 system.  We had seen these artifacts produced in casework (these artifacts are also published in the Promega PowerPlex® Y23 User’s Manual) and wanted to see if we could recreate them ourselves to see at which quantities of female DNA they would start to appear.

The ratio of male to female DNA has been researched, and indicated that excess amounts of female DNA can at times lower the profiling potential of the Y DNA chromosome. Are the results of your validation study a cause for alarm or is this common in DNA science?

The results are not unexpected as cross-reactivity from excess female samples in Y-STR amplifications has been studied and documented.  However, conducting the validation with known samples assists in characterizing the specific cross-reactivity products and evaluating the limitations of the system.  NMS Labs is aware of these specific artifacts and can address them for forensic applications accordingly.

What are some examples – the most common to rarest – of evidence that can be submitted for Y-STR testing?

Are there evidence collection methods that law enforcement investigators should consider which can help ensure the best potential results for their cases?

Always protect the integrity of the evidence.  Wear gloves, package items separately and in paper (never use plastic bags), and be sure to label and document what the items are and where they were found.  The more information or background we have on a case, the better we will be able to assist with DNA testing.

How does NMS Labs use Y-STR profiling in Forensic DNA Casework?

Typically, we use Y-STR profiling in cases where there is a female victim and a male suspect, or person of interest for comparison for touch DNA from the male perpetrator.  Touch DNA is usually in low quantities and targeting the DNA from the Y chromosome allows us to ignore any female component that may be present in a higher quantity than the male. Y-STRs are helpful in cold cases, sexual assault cases (where there is no semen present), and domestic violence cases where we may receive intimate swabs, body swabs or items of clothing or bedding from the victim. Another way that Y-STR profiling can aid is that it can serve as a backup to autosomal testing.  Sometimes the results obtained with autosomal-STR testing can be limited or restricted or the results are uninterpretable for various reasons.  Y-STR testing can offer another avenue to allow the possibility to make conclusions for the male contributor(s) of a sample containing multiple females or further discrimination between a mixture of males.

How does NMS Labs ensure Quality in the testing services they provide?

We are ANAB accredited and are audited periodically to the standards of the FBI QAS document to ensure that we are adhering to the guidelines set forth by the accrediting body. We have a Quality Assurance program in place and we follow Standard Operating procedures and methods to guide our work.  We follow Quality control procedures which refers to the day-to-day practices we perform such as temperature recording and the use of reagent blanks through all stages of the process. The lab itself is a secure facility, all evidence is stored with limited access. We wear personal protective equipment (PPE) to protect ourselves and the integrity of the evidence.  We routinely review our processes and make updates as needed to ensure we are maintaining the highest quality in the product that we offer.

Have a Case for Analysis?

Let's Connect for a Case Consultation

NMS Labs stands ready to partner with you on forensic DNA testing needs. Please complete the information below our Customer Support team will arrange your case consultation with a DNA expert.

Entrust Your Toughest Cases to Us

The DNA Services team at NMS Labs provides expert scientists, cutting-edge technology, and the proficiency to help you solve cases from routine to complex and challenging.