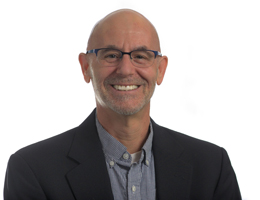 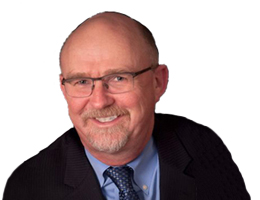 Dr. Barry K. Logan is a graduate of the University of Glasgow in Scotland graduating with degrees in chemistry and forensic toxicology in 1982 and 1986 respectively. He received four (4) years postdoctoral training in forensic toxicology at the University of Tennessee Center for Health Sciences in Memphis. In 1990, he was appointed State Toxicologist and Assistant Professor of laboratory medicine at the University of Washington in Seattle, and in 1999 he was appointed Director of Forensic Laboratory Services Bureau for the Washington State Patrol. He served in both positions until 2008, when he joined NMS Labs in Pennsylvania, as National Director of Forensic and Toxicological Services. NMS Labs is a leading US provider of esoteric toxicological testing services, specializing in new drug detection and forensic analysis for the prosecution and defense in criminal justice and death investigation agencies. Dr. Logan’s responsibilities include management of toxicology resources, new test design and development, quality management, and expert testimony in forensic toxicology and chemistry.

Dr. Logan is Board Certified by the American Board of Forensic Toxicologists (ABFT), and has over ninety (90) publications in toxicology and analytical chemistry, including treatises on the effects of methamphetamine, cocaine, marijuana, alcohol, hallucinogens and depressant drugs on drivers, and postmortem redistribution of drugs, and the toxicology and chemistry of novel psychoactive substances. His recent work has focused on the analytical and interpretive toxicology of emerging recreational and designer drugs. In 2002, Dr. Logan was appointed Executive Director of the Robert F Borkenstein Center for Studies of Law inaction at Indiana University where he directs the Borkenstein Courses. Since 2010, Dr. Logan has also served as Executive Director at the Center for Forensic Science Research and Education at the Fredric Rieders Family Renaissance Foundation in suburban Philadelphia. The Center supports educational programs in the forensic sciences for high school and graduate students, and continuing professional education for forensic science professionals. Dr. Logan has made over three hundred (300) presentations to professional groups and conferences in the area of forensic science.

In recognition of his work and contributions, Dr. Logan has received International Association of Forensic Toxicologists mid-career achievement award in 2004, the AAFS Rolla N. Harger Award in 2010, the National Safety Council's Robert F. Borkenstein Award in 2011, and the Widmark Award from the International Council on Alcohol, Drugs and Traffic Safety (ICADTS) in 2013. He has served in various positions on the Board of the AAFS since 2005, and as President in 2013. 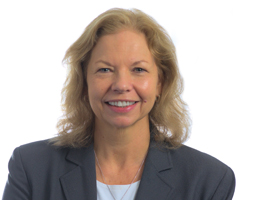 Ms. Haneman has over 25 years’ experience in the clinical and forensic laboratory industry. In her position she leads the Sales, Marketing, Client Support and Business Development departments of NMS Labs. She is responsible for driving revenue generation, new business acquisition, strategic market and product expansion, NMS customer experience and business continuity.

Ms. Haneman joined NMS Labs in 2009 and has had held positions of responsibility within its Forensic, Clinical, and Pharmaceutical business units, focusing on customer solutions resulting in sustainable revenue growth in both public and private business sectors.

Ms. Haneman graduated from Mansfield University with a B.S. in Medical Technology and is licensed by the American Society of Clinical Pathology as a Medical Technologist. She is a member of the American Marketing Association, the Sales Management Association and a contributor to publications in the areas of sales management and laboratory testing.

Chairman, Board of Directors 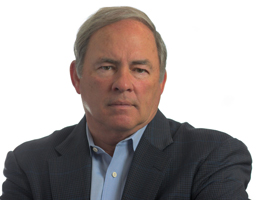 Frank McCaney is the Chairman of the Board of Directors at NMS Labs.  He is an accomplished executive with more than 25 years of demonstrated growth and success in medical devices and drug development.  Experienced in Business Management at the CEO level, drug development, raising capital, M&A, Sales and Marketing, and turnarounds. Mr. McCaney previously served as CEO of Strata Skin Sciences (SSKN: NASDAQ) and before that he was CEO of Corpak MedSystems, a private equity-backed medical device company in the field of enteral feeding. Corpak was sold to Halyard Health (HYH: NYSE) for $174 million in May 2016. Prior to Corpak, he was the founder and CEO of Nitric BioTherapeutics, a venture backed-medical technology company from 2006 until 2012. Prior to Nitric Bio, he was a senior executive at Viasys Healthcare, Inc. (VAS: NYSE), a medical technology company focusing on respiratory, neurology, medical disposable and orthopedic products and had a lead role in spinning Viasys out of Thermo Electron Corporation (TMO: NYSE). While at Viasys, Mr. McCaney had several responsibilities including strategy, business development and investor relations. He currently serves as a director of Diasome Pharmaceuticals, a privately-held company. Frank is also the Chairman of the Board of Allevi Inc, a Tissue Bioprinting company located in Philadelphia.

Director, Board of Directors 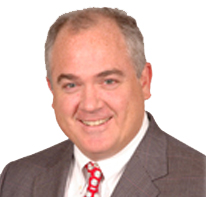 Cornelius P. McCarthy is a founding partner and Managing Director of Fairmount Partners, a Philadelphia based investment bank. Neal focuses primarily on the healthcare and laboratory sciences sectors, and has assisted clients to complete financings, acquisitions, mergers and divestitures throughout North and South America, Europe, Asia and Australia. Prior to founding the Company, Neal was the US Head of Corporate Finance and Head of Healthcare Investment Banking at Investec, Inc., an international banking group based in the UK.

Before joining Investec, Neal worked for investment banks in New York and Los Angeles where he specialized in mergers and acquisitions and public offerings of equity and debt. He has significant experience in healthcare, cable and telecommunications, insurance, manufacturing, and transportation. Before that he practiced securities and general corporate law for the firm of Gibbons PC.

He previously served on the Board of Phoenix International Life Sciences, a large public pharmaceutical research and labs business, and the Board of Medpace Inc. a top 10 clinical CRO, assisting both with strategy and acquisitions. He is a member of the Drug Information Association and the American Association of Pharmaceutical Scientists.

Neal received his legal degree from Villanova University School of Law and earned his undergraduate degree from the University of Virginia, where he was an Echols Scholar.

Corporate Secretary, Board of Directors 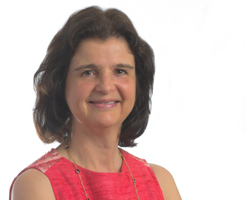 Dr. Maria Rieders joined the Board of Directors of NMS Labs in 2013. She holds an adjunct full professor position at the Wharton School at the University of Pennsylvania where she teaches courses on stochastic processes, queueing theory and operations management. Dr. Maria Rieders holds a M.Sc. degree in applied mathematics from the Universitat Ulm, Germany and a Ph.D. in business administration from the University of Rochester. Previous employments include a scientific staff position at the Allensbach Institute for Public Opinion Research in Allensbach, Germany, a faculty position at the Department of Industrial Engineering and Management Sciences at Northwestern University, and a visiting researcher post at the Institute for Operations Research at the Universität Bonn, Germany. Her research focuses on designing and analyzing stochastic models and has been funded by the National Science Foundation, by Ameritech Corporation, and, through collaboration with students, by Motorola and Argonne National Laboratory. 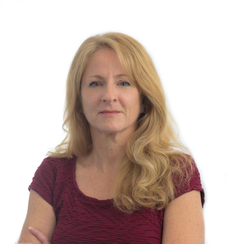 Victoria Davis currently serves as the Assistant Laboratory Director for NMS Labs Criminalistics operations. NMS Lab is a private independent full-service professional laboratory, providing certified and licensed clinical and forensic toxicological analysis of body fluids and tissues for drugs and intoxicants, analysis of controlled substances and pharmaceuticals in non-biological materials, and DNA and serology analysis. Ms. Davis earned her bachelor's degree in Chemistry from Beaver College in Glenside, PA and her Master’s Degree in Forensic Science from University of New Haven in West Haven, CT. Ms. Davis has been with NMS Labs for over thirty years and has worked in the fields of drug chemistry, serology and trace evidence. Her current responsibilities include oversight of both the Forensic Drug Chemistry and Evidence Processing Units at NMS’ Willow Grove facility as well as their satellite locations. During her tenure at NMS Labs, she has managed several large controlled substances outsourcing projects from governmental agencies to assist with backlog reduction and/or quality related issues. She has been certified by the American Board of Criminalistics since 1993 and is a member of national and regional forensic science organizations. 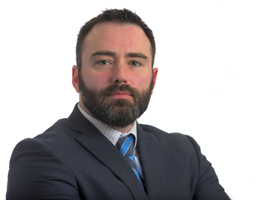 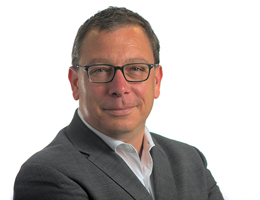 David Delia is Chief Financial Officer at NMS Labs. David is responsible for NMS Labs’ financial management and information technology, including business planning and program management. Additionally, he oversees the facilities and purchasing for the company and is a member of the executive management team.

David has extensive operational and financial experience in healthcare and was named Chief Financial Officer in 2016 after serving as Senior Vice President of Operations at Alliance Health Care Services for 4 years. Prior to that, David spent 12 years in financial and operations roles at LabCorp, the largest clinical laboratory in the United States.

David holds a Master of Business Administration from the University of South Florida and a Bachelor of Science from East Carolina University.

Director, Board of Directors 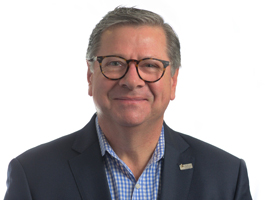 Mr. Cassigneul has over 30 years’ experience leading organizations and high-growth-potential start-ups through the development and launch of innovative tests and high-science clinical diagnostic solutions.   He has led NMS labs as President and CEO for 6 years before retiring in Dec 2019.   Previously, he was with Predictive Biosciences as President and CEO.  Mr. Cassigneul was born in France where he graduated from Reims Management School.